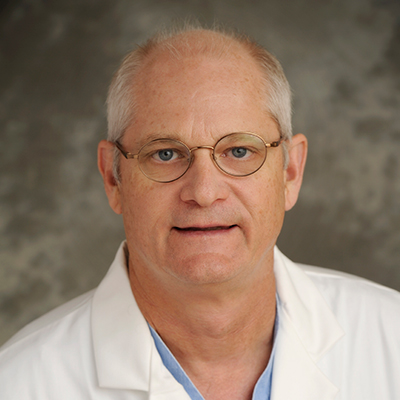 After completing his medical residency and fellowship at Indiana University School of Medicine, Dr. Hawes spent a year in London, England (1985-1986) doing an Advanced Endoscopy Fellowship concentrating on ERCP and endoscopic laser therapy under the direction of Peter B. Cotton and Steve Bown respectively. Dr. Hawes returned to Indiana University in the fall of 1986 and served on the faculty in the Division of Gastroenterology from 1986-1994. During this time, he was promoted from Assistant to Associate and ultimately to Full Professor in July of 1994.

After being introduced to endoscopic ultrasound at the Middlesex Hospital, he established the EUS program at IU in 1987; one of the first 5 training centers in the US. He continued his work in pancreatobiliary endoscopy and established a multi modality treatment center for the non- operative management of gallstones. In July of 1994, Dr. Hawes re-connected with Peter Cotton and moved to the Medical University of South Carolina (MUSC) in Charleston to form a new Digestive Disease Center. This center is designed to facilitate the integration of GI medicine, surgery and radiology into an integrated unit to promote patient care, research, and technology development to treat patients with digestive diseases.

During his tenure at MUSC, the institution became recognized nationally and internationally for excellence in EUS, ERCP and therapeutic endoscopy. Dr. Hawes served on several committees and the governing board of the American Society for Gastrointestinal Endoscopy (ASGE). Dr. Hawes went on to serve as president of the ASGE in 2005-2006. Dr. Hawes feels strongly that advances in therapeutic endoscopy will be dependent on close collaboration between therapeutic endoscopists and minimally invasive surgeons. Immediately following his ASGE presidency, he joined with David Rattner from Massachusetts General Hospital and immediate past president of the Society of American Gastrointestinal Endoscopic Surgeons (SAGES) to form the Natural Orifice Surgery Consortium for Assessment and Research (NOSCAR) committee. This goal of this joint ASGE/SAGES committee is to responsibly develop a new paradigm in minimally invasive surgery called NOTES (natural orifice translumenal endoscopic surgery).

Dr. Hawes has published over 250 peer reviewed articles and written numerous book chapters. He has lectured and performed live demonstration in over 30 countries throughout Europe, Asia and the Americas. In 2006, MUSC awarded Dr. Hawes the Peter B. Cotton Endowed Chair for Endoscopic Innovation. Dr. Hawes is a co-editor of the most widely read textbook on EUS and has partnered with 2 very good friends, Paul Fockens and Shyam Varadarajulu to produce the 2nd edition in 2010.

Dr. Hawes served on several committees and the governing board of the American Society for Gastrointestinal Endoscopy (ASGE). Dr. Hawes went on to serve as president of the ASGE in 2005-2006.